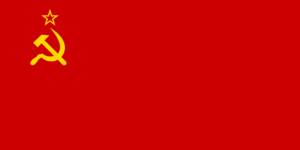 By comparison, the Soviet Union was riding high in those days. The high oil prices that dragged down Western economic performance buoyed the Soviet economy and without a doubt prolonged the duration of the Soviet regime. In spite of detente, USSR continued to support a number of "proxy wars" in the Third World, including insurgencies in various parts of Africa and Central America (usually through its Cuban ally). The Soviet military was fielding hardware (for example, the T-64/-72/-80 family of main battle tanks) that was at least a match for their NATO counterparts. Artillery units were beginning to receive self-propelled howitzers, closing the gap with NATO. Another reason to bolster Soviet confidence was its attainment of parity with the United States in nuclear armaments, which led to the signing of the SALT and ABM treaties in the early 1970s.

Moreover, in the 1980s the Soviet military began to lag behind its NATO counterparts when it came to the quality of fielded weapon systems. Brezhnev's "era of stagnation" affected every aspect of the Soviet state, and the military was no exception. While the appearance of modern Soviet MBTs, self-propelled artillery, improved ATGMs and other weapon systems gave NATO cause for grave concern, in the 1980s the situation was reversed. Modern NATO MBTs, such as the M1 Abrams, Leopard 2, and the Challenger were superior to their Soviet counterparts in firepower, protection, and mobility. Older MBTs were made more competitive through advances in fire control systems and munitions. NATO tanks increasingly sported thermal imagers, while Soviet ones had to make do with inferior active infrared systems.